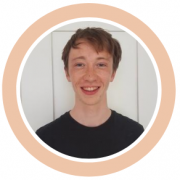 Nicholas McCloskey will be joining the Center for Light Activated Nanostructures of the National Research Centre and the University of Bologna’s in October 2020 as an Early Stage Researcher. In the framework of the ArtMoMa network, Nicholas will spend 3 years working on the Integration of molecular and supramolecular machines with lipid bilayers, while participating in international training and network events. Read his following introduction to learn more about him:

Tell us about more your background!

Hello, My name is Nicholas. I’m 22 and from Belfast, Northern Ireland. After completing GCSEs/A levels. I went on to study a 4 year MSci Degree in Chemistry at Queen’s University Belfast, where I developed a solid academic grounding in particular of Organic, Inorganic and Analytical Chemistry.

My final two years in particular solidified earlier inclinations about working in research. In my 3rd year, I worked on a series of ‘mini-projects’ from Organic, Inorganic and Physical Chemistry. My 4th year was spent in the Lab of Prof A.P de Silva working specifically on the Organic Synthesis of Cyclophanes and their Host-Guest chemistry with Ru(Bipy)3, with potential uses in new types of Molecular Logic/Catalysis. This work very much advanced my understanding of supramolecular chemistry and how research works.

Why did you want to be a part of ArtMoMa?

I distinctly remember being intrigued about Molecular Machines since A Level when the 2016 Nobel Prize was awarded to the top scientists within this field. This was the first time I felt properly excited by what Chemistry was capable of and definitely played a part in my original motivation for choosing to study Chemistry at the highest levels. I progressively learned more about this young field during my Masters degree, including in particular that macromolecules of molecular biology (such as DNA) bind via the exact same supramolecular forces as present in many molecular machines (e.g Hydrogen Bonding). Alongside Supramolecular and Organic Chemistry. I also have a strong interest in Renewable energy and the environment, which is under serious threat from Climate Change.

Consequently, I jumped at the opportunity to do scientific research on an area that combines all these interests and previous experience, alongside broadening my horizons in a new country. I’m particularly motivated in that my research into light-based molecular machines (specifically their interaction with liposomal bilayers) may make a contribution to the foundations for a new type of renewable energy in the future or perhaps medical applications, even if it’s small. It’s an incredible honour to be given the opportunity to contribute to the advancement of a scientific field that combines all of these personal interests!

The Marie Curie ArtMoMa ITN stood out to me in particular as it will provide many opportunities for both industrial and academic collaboration alongside building skills in e.g teaching/scientific communication that I hope to develop, which will be beneficial for a wide-range of jobs.

What are your expectations of living and working in your host city?

Alongside enjoying the food and amazing medieval history of Bologna, I hope to learn Italian to good level and make some new international friends that wouldn’t be possible if I stayed in Northern Ireland. I also hope to continue some of my various hobbies including Swimming, Skateboarding, Bass/Piano during my down-time! Bologna is also a similar size to Belfast (in that they are both “walkable”), which also very much appeals to me.

I expect to learn a great deal of new experimental techniques during my time at CLAN, University of Bologna that I have only read about (I’m particularly excited to try TEM and DLS) alongside building upon my core skills in NMR/UVvis/IR. I’ve noticed previously that Ideas have come-about just from casually chatting to my colleagues over e.g Tea/Coffee, so I hope to get along well with my colleagues in CLAN both inside and outside the lab.

What do you think will be your main challenge for you in the next three years?

Aside from grasping new techniques. I have learned thus far from doing Chemistry that sometimes it’s not necessarily ‘solving the problem’ that’s difficult (like you learn from studying it), but it’s pinning-down good hypotheses and methods that will generate information that’s useful in the first place (i.e There’s the potential for many ‘dead-end’ questions, but also many good ones!). I hope to improve this particular skill as I progress in my research into how molecular machines can integrate/interact with phospholipid bilayers.

Also, being such exploratory and novel research, I completely expect to encounter problems and make mistakes (otherwise it won’t be science!).  But I have learned from my previous years that often perseverance is more important than raw intelligence in this regard. So I hope that above all, during the hardest parts of the Ph.D., my overarching passion and interest in Chemistry will keep me going to the end.

Further to this, I personally value the importance of taking regular short breaks for a walk/hobby/exercise also, which can often help me to approach a problem from a new direction/’angle’.

This site uses cookies. By continuing to browse the site, you are agreeing to our use of cookies.

We may request cookies to be set on your device. We use cookies to let us know when you visit our websites, how you interact with us, to enrich your user experience, and to customize your relationship with our website.

Click on the different category headings to find out more. You can also change some of your preferences. Note that blocking some types of cookies may impact your experience on our websites and the services we are able to offer.

These cookies are strictly necessary to provide you with services available through our website and to use some of its features.

Because these cookies are strictly necessary to deliver the website, refuseing them will have impact how our site functions. You always can block or delete cookies by changing your browser settings and force blocking all cookies on this website. But this will always prompt you to accept/refuse cookies when revisiting our site.

We fully respect if you want to refuse cookies but to avoid asking you again and again kindly allow us to store a cookie for that. You are free to opt out any time or opt in for other cookies to get a better experience. If you refuse cookies we will remove all set cookies in our domain.

We provide you with a list of stored cookies on your computer in our domain so you can check what we stored. Due to security reasons we are not able to show or modify cookies from other domains. You can check these in your browser security settings.

We also use different external services like Google Webfonts, Google Maps, and external Video providers. Since these providers may collect personal data like your IP address we allow you to block them here. Please be aware that this might heavily reduce the functionality and appearance of our site. Changes will take effect once you reload the page.