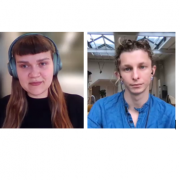 Roza Weber (ESR 13 – University of Groningen) and Henry Carey-Morgan (ESR 14 – Unisversity of Dresden) have been elected by their fellows Early Stage Researchers (ESRs) as ESRs representatives for the year 2021. We have met  last May to ask them a few questions about their work in the lab, how the pandemic impacted their research, how they see their role as ESRs representatives and how their move in to their respective host cities has been going. 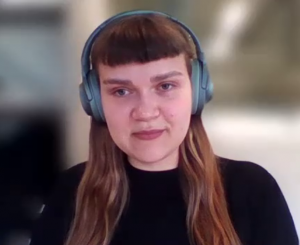 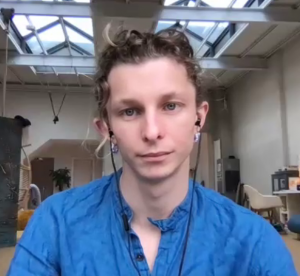 Roza Weber: I’m 23 years old and from Groningen originally. I am currently at the University of Groningen doing my PhD. The topic of my research is nanoscale energy storage.

Henry Carey-Morgan: I’m 25. I’m from the UK originally, and I’m currently in Dresden, Germany. My topic is microtubules and motor proteins as molecular explorers.

How does a week at your lab look like?

Henry Carey-Morgan: Because of Coronavirus, I’m not in the lab every day; only when I’m running an experiment. If I’m analyzing data or doing online meetings, then I’m working from home. But an average week for me would be:

Roza Weber: A typical week for me looks like 90% in the lab. Right now, we can work every day in the lab, which is great. That involves mostly synthesis, and eventually we’re also involving spectroscopy. So, unless I have a lot of desk work to do like reading literature or writing, then I stay at home to make space for other people, otherwise I am in the lab. On Tuesdays every week, we have a lunch meeting with the entire group, which is quite large. We have three presentations: one is the literature update, where we discuss something from recent literature that’s interesting for the group, and two research updates focusing on the progress that has been made. Every two weeks or more, we have a subgroup meeting – I am in the smart material subgroup – which gathers around 20 people and there we attempt to all present the work in progress and discuss, give advices and feedbacks. That’s about my week.

In general, how has COVID impacted your research project? What are the main challenges you have encountered so far due to it?

Henry Carey-Morgan: Since COVID-19, we are only allowed in the lab when we’re actually running an experiment and we’re only allowed six of us in the lab at any given time. Given that there are 20 of us, that means that you have to book a slot quite well in advance. There are slots in the morning, afternoon and then running into the evening. That’s not so much of a problem as long as you organize your week, that’s okay.

One thing that I do miss or feel it’s lacking is that I can’t just go for a coffee with my colleagues and bounce ideas off of people, especially because my project is quite unique within the lab as there is not really any postdoc who’s worked on the topic before. It would be good to just be able to have coffee with people as there is often someone who makes an offhand comment on asking “have you tried this” and that changes how you look at something. Even if what has been suggested doesn’t work, this type of exchanges still gives you a different perspective and set you on a different road, which can be really helpful. So I think the main challenge for me since Coronavirus, it is not having that sort of lab community where I can just talk to people who aren’t necessarily doing the same thing I’m doing or doing something similar, but might have an opinion or a thought here or there.

Roza Weber: I totally agree, that’s also the biggest limitation for me right now. There is no possibility to just grab lunch with each other and discuss science or even something outside of science. And it has had a negative effect on the group community I would say, even though it’s still manageable.

You have been elected as ESR representatives for this year, how do you see your role ?

Henry Carey-Morgan & Roza Weber: Our role is a bridge between the Principal Investigators (PIs) and the consortium and the ESRs. And communicating between the two, and also helping to organize events such as the Berlin Science Week that’s upcoming and also future summer schools. Generally, acting as a bridge between what the PIs are thinking of doing and what the ESRs would like to be doing.

How are you setting up in your host city ?

Roza Weber: It was really interesting coming back to my home city because I lived abroad for two years in Sweden. Then I came back during the pandemic and it was very different from what I was used to. It was actually almost a little bit like moving to a new place. I came back for the university because I really like everything here. The atmosphere is quite relaxed and there’s not too much hierarchy, which I really like. Everyone tends to be friendly, open and willing to help each other, which is really great. And then the city itself: it’s just big enough that you have the feeling to know everyone, but it’s not as tiny as a village so that you still have everything that a city has to offer. The people of Groningen are quite unique. It’s also the biggest city in the area but compared to the size of other cities in the Netherlands it’s quite small. The city centre is not only beautiful but also has a kind of atmosphere that you feel like you’re in a big living room.

Henry Carey-Morgan: I wish that I knew Dresden better. I’ve been here for eight months. Unfortunately, we have been locked down for five or six months now however I really enjoy the city. I’m learning German, which is going slowly but it’s going. And I really like the people and the institution. I’ve been led to feel very welcome, both in my lab and in general in the city. It’s very green and the riverside is beautiful.

This site uses cookies. By continuing to browse the site, you are agreeing to our use of cookies.

We may request cookies to be set on your device. We use cookies to let us know when you visit our websites, how you interact with us, to enrich your user experience, and to customize your relationship with our website.

Click on the different category headings to find out more. You can also change some of your preferences. Note that blocking some types of cookies may impact your experience on our websites and the services we are able to offer.

These cookies are strictly necessary to provide you with services available through our website and to use some of its features.

Because these cookies are strictly necessary to deliver the website, refuseing them will have impact how our site functions. You always can block or delete cookies by changing your browser settings and force blocking all cookies on this website. But this will always prompt you to accept/refuse cookies when revisiting our site.

We fully respect if you want to refuse cookies but to avoid asking you again and again kindly allow us to store a cookie for that. You are free to opt out any time or opt in for other cookies to get a better experience. If you refuse cookies we will remove all set cookies in our domain.

We provide you with a list of stored cookies on your computer in our domain so you can check what we stored. Due to security reasons we are not able to show or modify cookies from other domains. You can check these in your browser security settings.

We also use different external services like Google Webfonts, Google Maps, and external Video providers. Since these providers may collect personal data like your IP address we allow you to block them here. Please be aware that this might heavily reduce the functionality and appearance of our site. Changes will take effect once you reload the page.